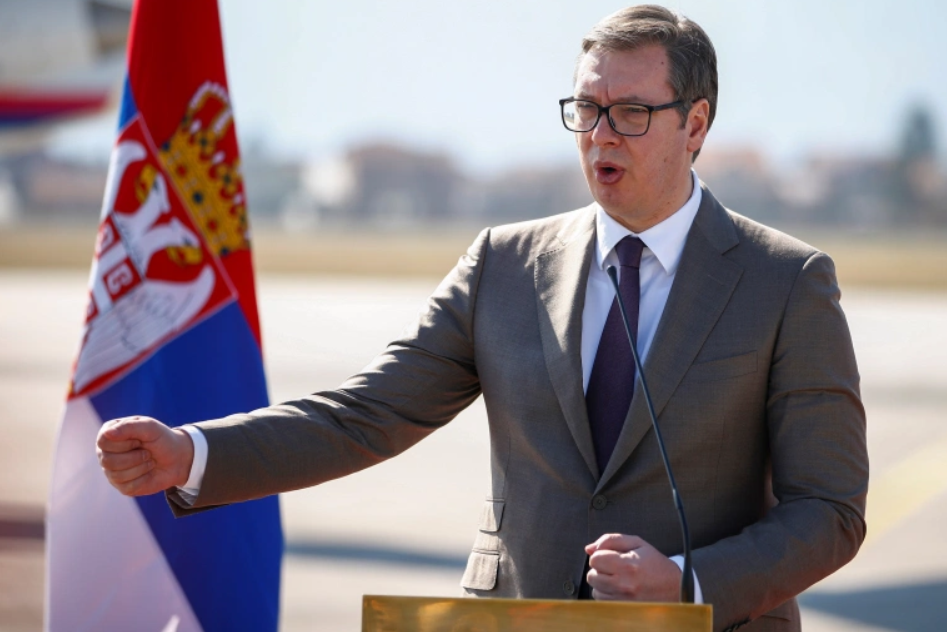 Serbian President Aleksandar Vučić has urged those Kosovo Serbs who have blocked two roads leading to border checkpoints to continue their blockade.

In a video message posted on his social media, Vučić thanked them for supporting his government, and encouraged them to “show determination and to fight for our country.”

“It is terribly important for us to show restraint at all times, to strive for compromise, but also to show determination and to fight for our country, the people, and all the citizens who live in this country.”

“Thank you to the people in these difficult days for their support, thank you to our people in Jarinje and Brnjak. Serbia is with you,” Vučić stated, and Serbian B92 media reported.

Vučić’s message comes amidst repeated calls by the Western diplomats for parties to de-escalate tensions and protesters to dismantle road blocks at the Jarinje and Brnjak border checkpoints.

Serbia has enforced the same tax on Kosovo cars for 10 years, in violation of an agreement between the two countries, which expired on September 15, 2021.

Kosovo sent in special police, but they have yet to intervene to open traffic.

Kosovo prime minister Albin Kurti stated his willingness to drop the tax immediately and sit in talks if Serbia reciprocated.

In response, unidentified people burned down a license plates registration center, and two unexploded hand grenades were found in a second one.

Vučić refused Kurti’s proposal, as well as proposals by the international community to solve the issue. His government instead heightened alert of military troops, deployed armored vehicles to the border, ordered fighter jets to fly over the border – possibly in violation of an agreement with NATO demanding Serbia not to approach Kosovo airspace within 25 km, and gave an ultimatum to NATO threatening it would react, possibly militarily, in Kosovo.

NATO responded by sending more troops to the north of Kosovo, which is inhabited by a Serbian majority.