Will Vitore Tusha Be Sacrificed on the Altar of the Justice Reform? 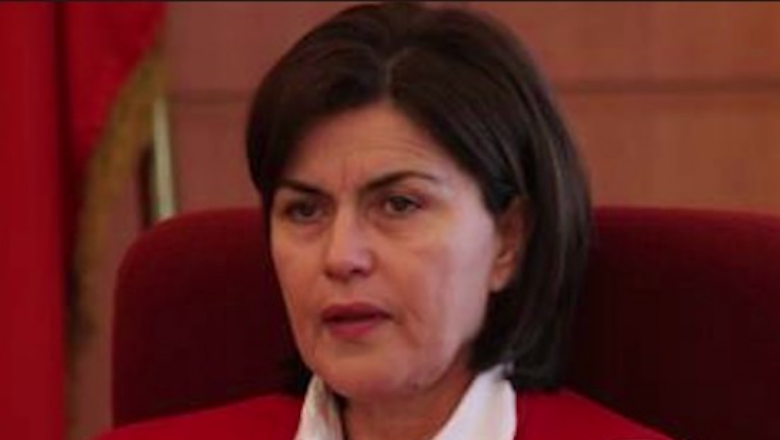 It is now widely known that the Constitutional Court has ended up with only two members. It’s remaining seven seats are vacant as a result of ending terms, resignations or dismissals by the vetting process.

The two remaining members are the Chairman of the Constitutional Court (GjK), Bashkim Dedja, and its member Vitore Tusha. While Vitore Tusha has been irrevocably confirmed within the judicial system, Dedja was confirmed by the Independent Qualification Commission (KPK), but the International Monitoring Operation (ONM) opposed the ruling and the Public Commissioner (KP) appealed the case to the Special Appeals Chamber (KPA) where it’s awaiting to be reviewed.

In fact, Constitutional Court member Vitore Tusha is also only temporarily in office as her term already ended on March 10, 2017 and the GjK has also ruled on the said ending.

Pursuant to the Constitution, the High Court has announced the vacant seats in the Constitutional Court. However, it should have also nominated the member to replace Vitore Tusha, and that has not happened yet.

It is not clear why after almost two years since announcing the starting of the procedure the High Court has not yet announced a CC member candidates list, and has made no announcement on whatever happened to the GjK member election procedure.

Unfortunately, with such developments in the last two years within the High Court, the election of a GjK member has now become theoretically impossible. The Law for the Organizing and Functioning of the Constitutional Court (Art. 7/ç) stipulates that the Judges Meeting is valid only when ¾ (three/fourth) of its members participate – meaning 14 out of 19 members of the High Court.

However, the High Court has remained with only 4 out of 19 of its members – 10 members’ terms have ended or they have resigned, and five were dismissed by the vetting process. The current four members are Medi Bici and Ardian Dvorani, who were both irrevocably confirmed by the vetting process, and Xhezair Zaganjori and Edmond Islamaj, who were both confirmed but the rulings were appealed by the Public Commissioner and will be reviewed by the Special Appeals Chamber (KPA).

This means that the High Court is unable to reach the necessary quorum for the Judges Meeting, resulting in its inability to elect the CC member to replace Vitore Tusha.

Meanwhile, given that her term has ended since almost two years, with no right to run again, Vitore Tusha has accepted the President’s nomination as the Head of the State Supreme Audit Institution (KLSh). Parliament will get a vote on the proposal in the coming days.

In an ironic twist, Prime Minister Edi Rama said that Vitore Tusha is a very good candidate, who has integrity, and, moreover, who has successfully passed the vetting. However, her departure from the Constitutional Court might further hinder the forming of other institutions of the judicial system. The problem facing the reform is the forming of the Justice Nominations Council (KED), a key institution in forming the High Prosecutorial Council (KLP) and the High Judicial Council (KLGJ) which requires two members from the Constitutional Court. In case Dedja or Tusha would leave their seats, the KED could not form even in theory.

It would be a very unfair decision if the Socialist majority would sacrifice Vitore Tusha on the altar of the justice reform in order to cover their incapacity and failure in drafting such reform. It would be absurd for her to become a victim of such failure, which within two years has left the Constitutional Court with only 2 of its 7 members, and the High Court with only 4 of its 19 members.