Democratic Party: Bidding for the construction for the Kardhiq-Delvinë a corrupt scheme 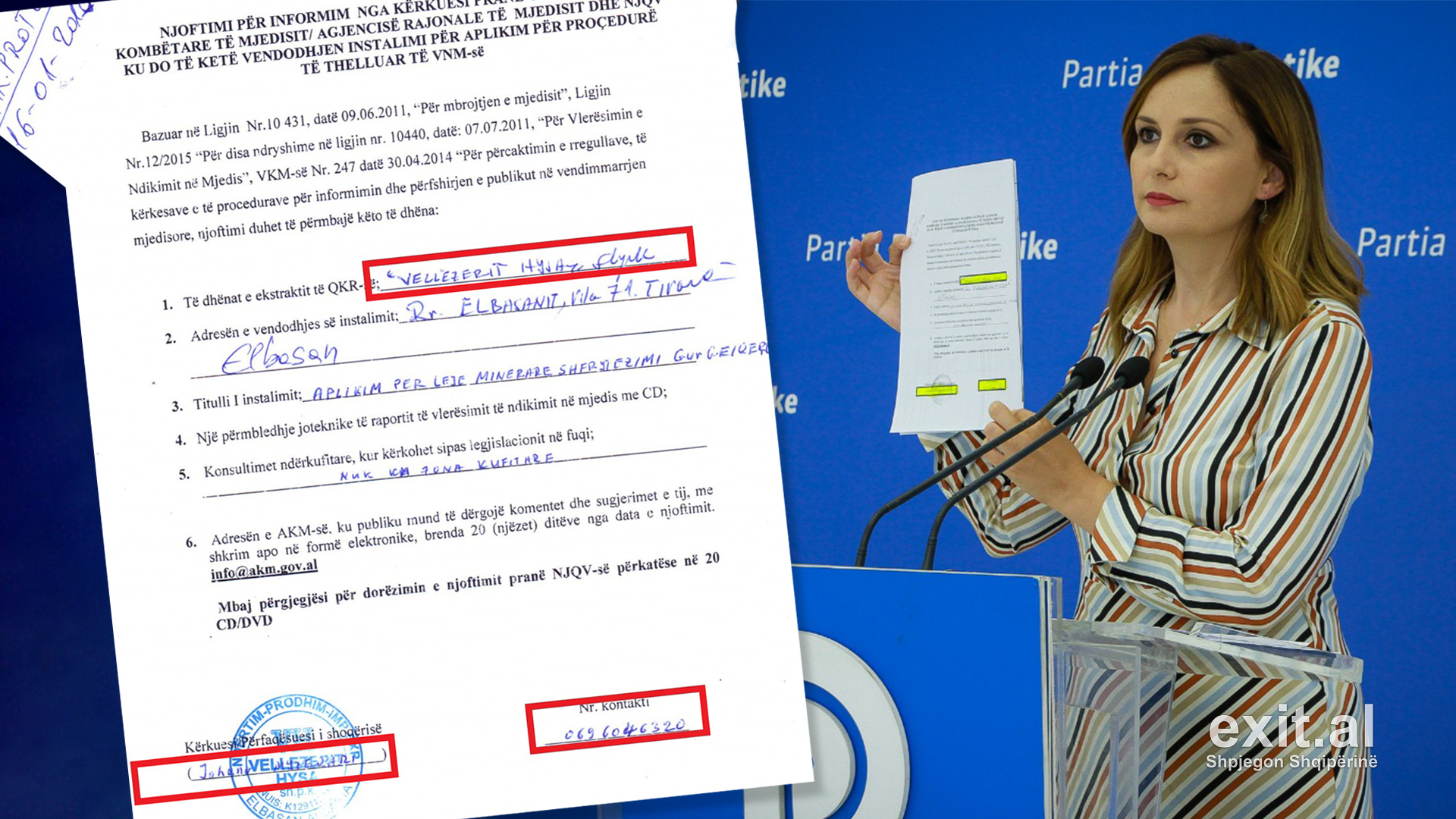 The Democratic Party today considered the resignation of the director of the Road Authority (ARA) Sonila Qato and the cancellation of the tender for the tunnel in Kardhiq-Delvina as “disruption of bargains between government officials representing the interests of private companies.”

In a press release, the former PD MP Jorida Tabaku compared the Kardhiq-Delvina tender with that of the Great Ring Road in Tirana, where a shell company with false documents tried to win 20 million euros in public works.

But in this case, Tabaku said that “to receive tenders in violation of law, competition and procedures, the companies Gjoka Konstruksion and Vëllezërit Hysa were favored by the director of ARA, Sonila Qato and the Minister of Infrastructure Belinda Balluku”.

Qato resigned on Thursday as a scapegoat for ARA after the Gjoka company filed a lawsuit for abuse of office in the two disqualifications that ARA had made in the tender for the tunnel on the Kardhiq-Delvinë road. Initially for lack of documentation and non-payment of taxes and then for forgery of documents.

From Gjoka’s disqualification, the merger of several companies with the company Sulova , which had the highest bid, 18.9 million euros, about 98.5 percent of the fund made available by the government , was declared a winner .

However, the Ministry of Infrastructure intervened and canceled the tender , justifying that there were “other more urgent projects”.

The almost 2-month struggle for the tender for the Kardhiq-Delvinë road confronted the Minister of Infrastructure, Belinda Balluku, and the Director of ARA, Sonila Qato, between whom the bargain was broken for the company that would win millions of euros for 1 kilometer of tunnel. Both companies are favorite clients of the government of Edi Rama, Gjoka Konstruksion, of the criminal concession of Rruga e Arbrit and Vëllezërit Hysa, known as the facade company in the first tender of the New Ring.

Tabaku argued by publishing several documents that behind the companies Sulova and IRCOP , which were together in the tender for the Kardhiq-Delvinë tunnel, hid the company Vëllezërit Hysa , which had won the last tender for Shqiponja Square:

The documents show that they (Sulova, IRCOP, Hysa Brothers) have the same address, the same phone numbers. They are run by the same people who work for the Hysa Brothers. This is the same fraud scheme as in Unaza e Re with Dh Albania.

In order to win two tenders simultaneously (Shqiponja Square and the tunnel in Kardhiq-Delvina), 40 million euros, the Hysa Brothers used other companies (Sulova, IRCOP), hiding their identity as in the DH Albania scheme.

Democrats stressed that this action is a fraudulent scheme, which is punishable by law, but still tolerated by ARA and the Ministry of Infrastructure. But in addition the DP denounced other illegal actions:

The available documents show that ARA has worked, in violation of the law, for favors, from modifying the criteria during the competition, to postponing the opening of bids, so that the branch of the Italian company (IRCOP), which worked for The Hysa brothers, to be provided with a technical license, without which the facade consortium would be disqualified.

The Sulova company declares the same address and contact number as that of the Hysa Brothers company.DP described the former director Sonila Qato involved in this corrupt sector as much as the Minister of Infrastructure Belinda Balluku or the Prime Minister Edi Rama:

Dh-Albania was one of the companies that won the tender for the construction of the Great Ring Road. However, facts were revealed in the media that this company, favored by Albanian institutions, had won the tender by falsifying documents.

When she applied for a construction license on July 13, 2018, she was not yet registered with the National Business Center. Dh-Albania was represented by 26-year-old Avdjol Dobi, a family member of the owners of the company Gener 2.