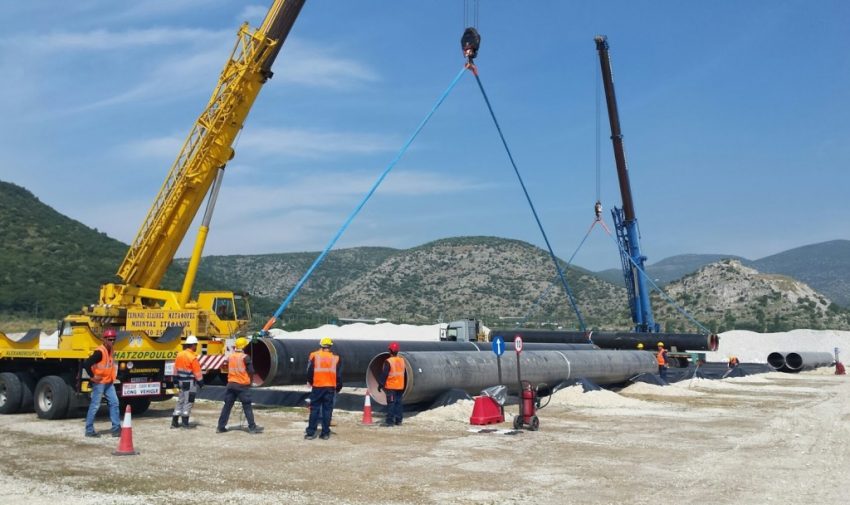 Earlier this year, Azerbaijan’s state owned oil and gas company ‘SOCAR’, via its subsidiary SOCAR Balkan announced its intention to prepare a feasibility study for the construction of a 40km pipeline in Albania. The report also stated that they would be offering front-end engineering design for the gas pipeline that would link the cities of Fier and Vlora.

This announcement came after several other instances of cooperation between the two countries, including a 2017 Memorandum of Understanding for the development of Albania’s gas master plan, and the 2014 MoU for assistance in the construction of necessary infrastructure relating to the Trans Adriatic Pipeline (TAP). SOCAR also holds a 20% stake in the TAP consortium, along with BP (20%), Snam S.p.A (20%), Fluxys (19%), Enegas (16%) and Axpo (5%).

Damian Gjiknuri the Minister for Energy has made several trips to the country, accompanied by Edi Rama and other government officials, and has spoken highly of the professional relationship with the Azeri government and SOCAR, stating that the projects are “very important” for Albania, and for the entire region. Sounds good doesn’t it?

Well no, not really.

Whilst the Albanian government is boasting about the ‘gasification of Albania” and the many opportunities that these collaborations will provide for the country, one has to wonder who is really benefiting. Let us put to one side the fact that natural gas, whilst marginally better than other fossil fuels, is not an environmentally friendly solution and contributes incredibly high amounts of emissions to the environment, and let us focus on something else- I want to talk about SOCAR.

SOCAR is a whole state-owned oil and gas company that is headquartered in Baku, Azerbaijan and whilst they state they produce the gas themselves, much is actually bought from Shell at a low price and then sold on at as much as double the price.

Owned in full by family members of the ruling Aliyev family, headed by Illham Aliyev who has been in power since 2003. A man that rules with an iron fist, his country is described as ‘not free’, as one of the most corrupt in the world, and a place where political opponents and journalists are frequently imprisoned, tortured, and abused. Both him and his government have also been implicated as suspects in the brutal assassination of Maltese investigative journalist Daphne Caruana Galizia.

Caruana Galizia was murdered in a car bomb in October near her house in Bidnija Malta not long after breaking a story related to SOCAR, the Azeri government, a gas power station in Malta and senior members of the Malta Labour Party.

Shortly after coming into power in 2013, the Malta Labour Party signed a deal worth EUR 1 billion with SOCAR where it agreed to import all of its natural gas from them for the next 10 years. The deal was signed in 2015 and deliveries began in April of 2017 with Malta paying TWICE the open market rates for the gas that it purchased. In Malta, not only is SOCAR not producing the gas, handling the gas, organising its transportation, but it is not providing any other service other than charging extortionate fees at the detriment of the Maltese tax payers.

Then it came to light that the Minister for Energy, Konrad Mizzi, and the Chief of Staff Keith Schembri had set up two offshore companies shortly after winning the election in 2013. These companies both stated that they were set to receive EUR 1 million each a year from a third company called 17 Black which was registered in Dubai. Then, at the beginning of November, it was discovered that 17 Black was owned by Maltese businessman Yorgen Fenech. It was also reported that 17 Black has received payments of some EUR 1.1 million from an Azeri security guard- a man that SOCAR denied knowing.

In addition to this, not only did the implicated government members make several unannounced visits to the country, but it was then discovered that members of the Aliyev family as well as senior members of government had accounts at a Maltese private bank.

Daphne Caruana Galizia broke the story that Pilatus Bank was being used by high ranking members of the Azeri regime to keep large amounts of money and moments later, the banks owner Ali Sadr Hasheminejad was caught leaving through the back door of the bank clutching two bulging suitcases. A private jet with no passengers then took off from Malta International Airport a short time later and headed to Baku, the capital of Azerbaijan. Then, just 10 days later, VistaJet, the company who owned the private jet in question, received EUR 1 million in sponsorship by the Malta Tourism Authority for absolutely no reason whatsoever. Pilatus Bank has since been shut down and its owner, Ali Sadr is facing 125 years in a US jail on various charges relating to money laundering and financial misconduct on a global scale.

Then just over a year ago, a group of investigative journalists at the OCCRP broke the story of the ‘Azerbaijani Laundromat’. They discovered the existence of a EUR2.9 billion slush fund that was being used to gloss over the troubling human rights record of the country, in multiple EU Member States, as well as the Council of Europe and UNESCO. Through four shell companies registered in the UK, the Azerbaijani regime was found to be laundering money that was then used to pay off European politicians over a two-year period. Further allegations were made against members of the Parliamentary Assembly of the Council of Europe (PACE) which resulted in an independent investigation that confirmed many of the claims that were made. A total of 13 members were expelled after evidence of accepting bribes and gifts from the Azerbaijani government were found. After the investigation was concluded, a resolution was passed by PACE which included a number of resolutions designed to prevent such things from happening in the future.

Transparency International yesterday sent a letter to the European Parliament calling for a full investigation into the allegations to protect the integrity and democracy of Europe and its institutions from Azeri interference.

So why is Albania doing business with these guys? Azerbaijan is a country with a reputation for brutality, corruption, and giving bribes and kickbacks to politicians in return for business and/or PR favours, so I really have to ask? What is the deal with Albania?