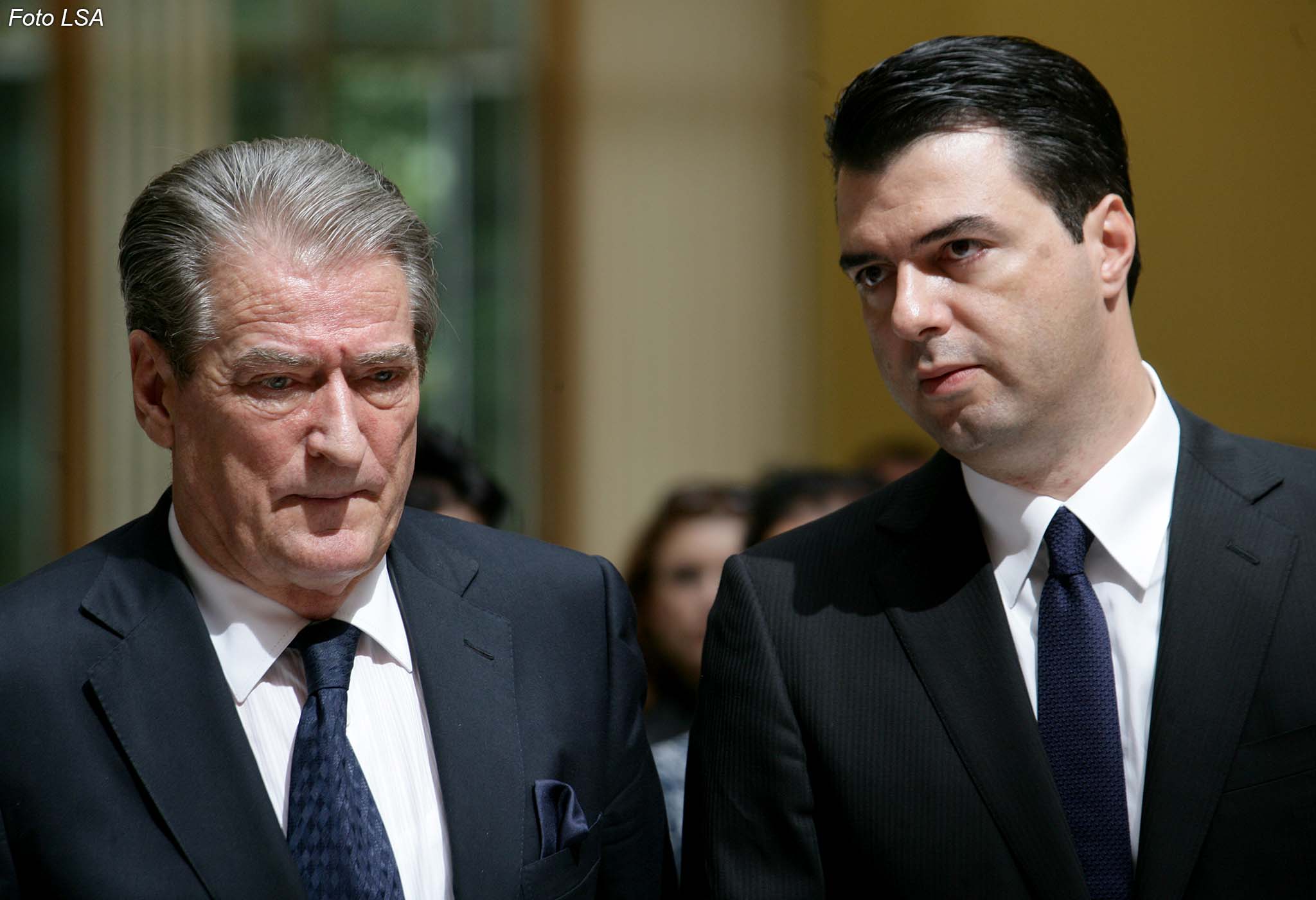 Pressured by the United States, Basha announced his decision on September 9th, the evening before the Albanian Parliament convened to swear in a new legislature.

Basha based his decision on the fact that the Biden administration has banned Berisha and his family from entering the country over allegations of corruption.

The PD chairman said that it had been a difficult personal decision, for which he bears full responsibility. A decision he took in order to protect both the party and Berisha from more severe consequences.

However, Berisha does not recognize the decision as valid, maintaining that it is not based on the PD’s statutes or any law.

Yesterday, he announced he would start a national tour on Thursday to rally party members “to restore the dignity of every PD member”, “to open up the PD [to new members]”, and “to unite and expand the PD.”

He denounced Basha’s decision and accused him, with no proof, of making a hidden deal with Prime Minister Edi Rama to share power while the PD is in opposition.

“Basha acts only in his own self-interest,” Berisha said.

Basha’s announcement has caused turmoil within the PD and among its supporters. Berisha enjoys broad support among party members – an Euronews poll showed that over 70 percent of PD voters disagreed with Basha’s decision against Berisha.

However, the current PD chairman has a strong grip on the party and the bodies with decision-making powers. A few weeks before his announcement against Berisha, Basha called early leadership elections and was reelected as chairman. The PD National Council and all other party forums were also refreshed with more of his supporters.

According to the PD statutes, dismissing the party chairman requires the approval of the majority of the PD National Assembly – the highest body of the PD. For the vote to take place, a motion of no confidence against the chairman should be first supported by at least half of the members of the National Council – that is composed of about 450 members.

Dismissing Basha as leader appears to be a very difficult journey, but apparently it is the journey Berisha has chosen for himself by embarking on a national tour to discuss party issues with its members.

Meanwhile, the issue of Berisha’s participation in PD’s parliamentary group remains in limbo.

The former PD leader maintains that Basha has merely made a “public statement” regarding his ousting from the group, but that the chairman cannot decide alone on this issue. Berisha says he would withdraw from the group only if two-thirds of the party’s National Council would vote him out.

It is unclear what Berisha’s future within the Democratic Party will be. He has not ruled out the possibility of running for chairman of the PD himself, but that seems unlikely. Basha, on the other hand, might just have the power to make Berisha’s expulsion from the parliamentary group final.