Interior Minister Sander Lleshaj presented the government’s plan to have zero victims of road accidents by 2050.

During a meeting with the leaders of the Traffic Police, on Wednesday, Lleshaj admitted that Albania has a very high rate of road traffic accidents and fatalities when compared to EU countries.

“We have a high victim rate compared to the EU. The EU has the highest standards in the world, we are behind in this area.”

Lleshaj asked the police leaders to focus their work in some specific areas, under the motto “Vision Zero”. The motto refers to their goal to have no victims of road traffic accidents by 2050. 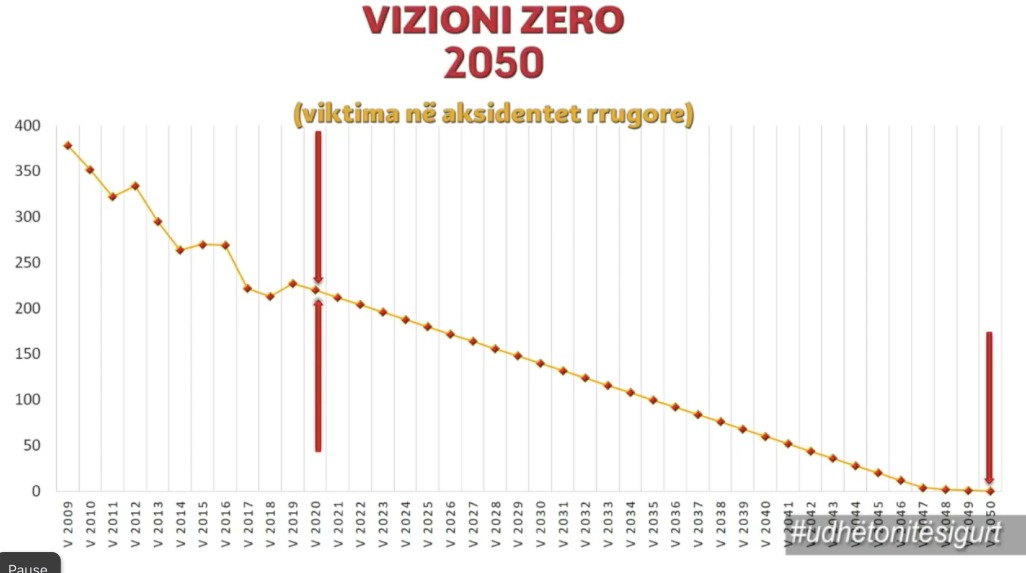 Some of the requests that Lleshaj made to the police were to focus on apprehending citizens who use the mobile and drive, those who do not wear seat belts, those who abuse alcohol and narcotics, and those who ride bicycles in violation of the rules.

Lleshaj also demanded that he fight hard against ‘double parking, like a virus from the state and municipal police’.

The Minister seems to have got the idea from the Swedish Government who unveiled the Zero Vision policy in 1997. They planned to reduce automobile-related fatalities by 50% by 2007. They didn’t meet the target as deaths decreased by 13%. It was revised to 50% by 2020 and. zero by 2050. They hope to achieve this by revamping rules, improving infrastructure, and enforcing rules through stricter policing. By 2017, deaths had decreased by 50%.

In Norway, Vision Zero was introduced in 1000 but did not yield significant short term gains.

2020 was supposed to be the Year of Road Safety, but aside from the lockdown period, traffic accident rates have been increasing.

So far this year, 137 people have died in car accidents with 64 happening in the first three months according to INSTA. This is an increase on the same period in 2019. As well as the number of fatalities, the number of accidents increased during August and September, by 13.1%.

There have been a total of 903 road accidents in 2020, a decrease in 2019 but that is due to the tow months of lockdown across the country. When you look at the data for each month out of lockdown, the numbers have actually increased and accidents have become more deadly.