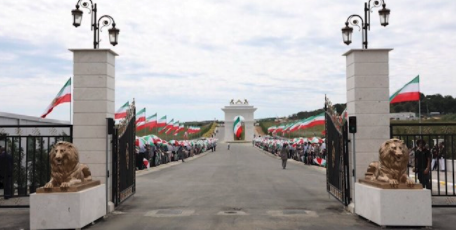 Members of MEK, the exiled Iranian opposition group that has been granted refuge in Albania since 2013, have been arrested for drug trafficking, people smuggling, and money laundering, according to an official document seen by Exit.

The document, addressed to a foreign diplomatic recipient, bearing the signature and stamp of the Director of the Criminal Police Department in the State Police, gives details of a serious rap sheet of offences, reportedly involving MEK members.

It states that two members of MEK, along with Albanian and Greek accomplices, were apprehended for direct involvement in human trafficking. On 11 July 2021, police stopped a car carrying Syrian, Iraqi, and Kurdish citizens. Further investigations led to the arrest of the main gang members.

According to the document, it was discovered that between 2019 and 2021, the same smuggling gang attempted to transfer some 400 members of MEK from Albania to France.

But that is not all. On 18 July 2021, a consignment of drugs was seized by police and two MEK senior officials—Narges Abrishamchi and Hassan Nayeb-Agha—were arrested. It is reported in the official document they confessed to playing a pivotal role in organising and transporting a shipment of drugs to Italy.

This pattern of criminality, according to an official source who wished to remain anonymous, told Exit, dates back to 2015. The documents and the source claim that information on these crimes has also been handed over to the US Embassy in Tirana.

Exit contacted the US Embassy to comment but no formal response has been given.

MEK, otherwise known as the People’s Mujahedin of Iran, is a political-militant Iranian opposition group that advocates overthrowing the current regime and installing its own government. Although the designation has since been lifted, it was previously considered a terrorist organisation by the EU, Canada, the US, and Japan. They now enjoy widespread support and even protection by the EU and the US.

In 2013, the US government requested the group, in exile, be settled in Albania, but MEK initially rejected the offer. They eventually agreed to relocate 3000 members to the country, and the US donated $20 million to the UN refugee agency for the cause. In 2016, a further 280 members moved to Albania to a heavily guarded compound in Manze, Durres County.

Few journalists have been allowed inside the compound,  but you can read a detailed account from 2019 here.