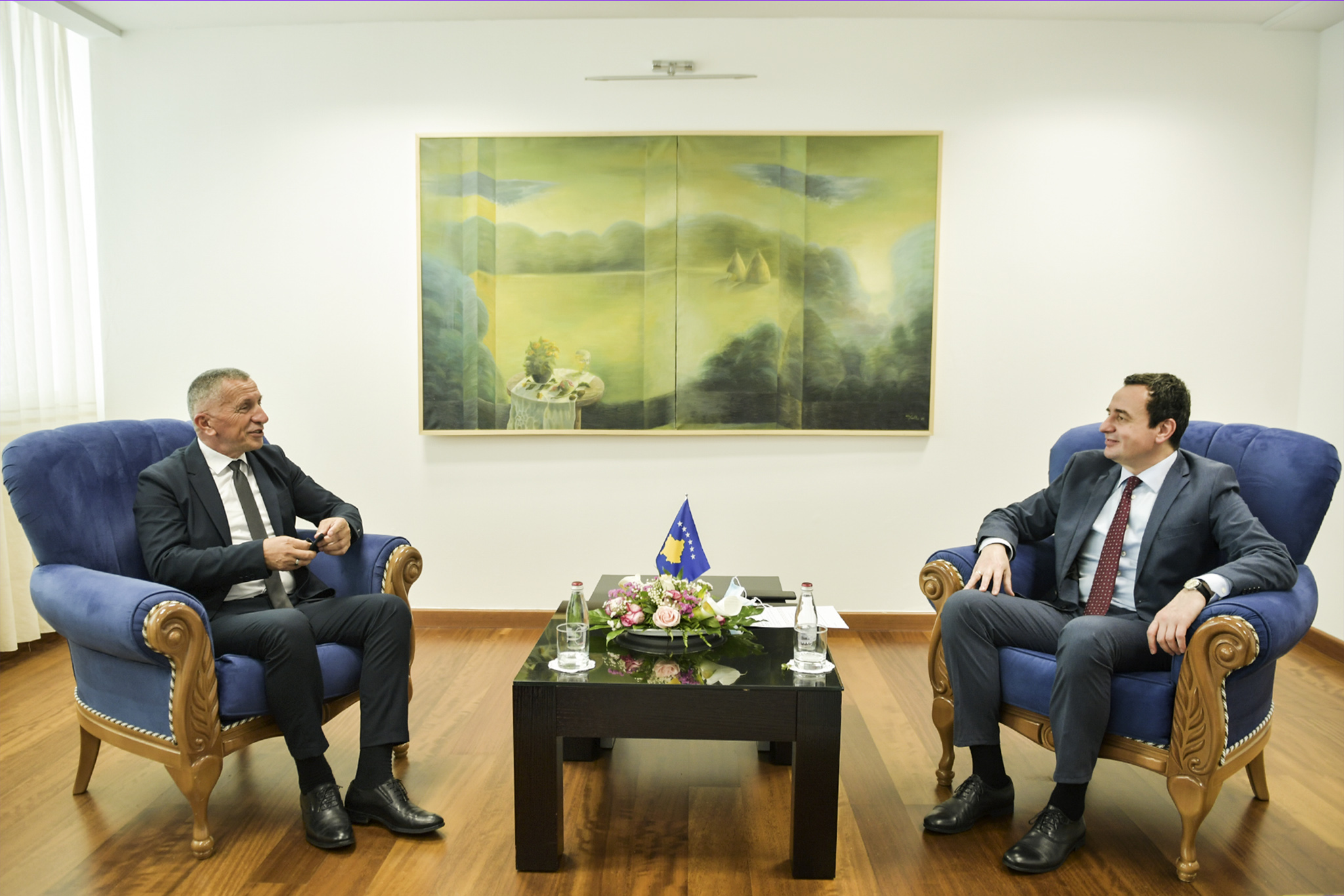 A statement issued by Kurti’s office mentions that the two talked about the situation of Albanians living in Presevo, Medvegja and Bujanoc and other areas in Serbia.

The two also discussed the meeting between Kurti and Serbia’s President Aleksandar Vucic that was held in Brussels on June 15 and mediated by the European Union.

In Brussels, Kurti requested that both countries have bilateral reciprocity, including on the issue of minorities.

In an interview for Exit News earlier this month, Kamberi said that the rights of the residents of the Presevo Valley should be an important point of discussion during talks with Serbia, and the issue must be included in an eventual agreement.

“In this regard, our expectation is that Prishtina should demand mutual respect for the rights of [Albanian] communities in Serbia, as Serbia does for Serbs in Kosovo,” Kamberi said.

Around 50,000-70,000 ethnic Albanians live in Serbian territory, most of them in the Presevo Valley, located at the border between Serbia and Kosovo. The valley comprises the Municipalities of Presevo and Bujanoc where the majority of the population is Albanian.

Residents in the area suffer deep levels of poverty which was leveraged by the Serbian government to force Albanian residents to leave their homes, and move to Kosovo, North Macedonia, or elsewhere.

Kamberi, alongside with five Albanian and Bosniaks colleagues, are the only opposition MPs in Serbia’s 250-seat assembly.

In February, Kamberi addressed the Assembly for the first time in Albanian, following the decision of a court in Belgrade in favor of the internal minister who had used the offensive term “shiptari” for Albanians.

Kamberi was interrupted by the speaker of Parliament, Ivica Dacic. However, he continued reading his speech in Albanian.