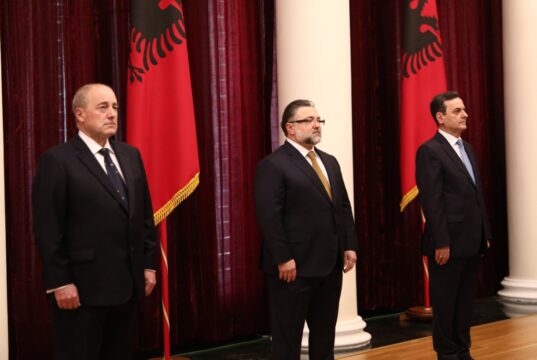 Supreme Court judge Ervin Pupe will be the new head of the Justice Appointments Council (KED).

Per the Law for Judicial Institutions, the head of KED must be a Supreme Court judge. Pupe was appointed after a lot was cast by President Ilir Meta on December 4.

Pupe will replace former Supreme Court member Ardian Dvorani, whose mandate was interrupted once the new members of the Supreme Court were appointed.