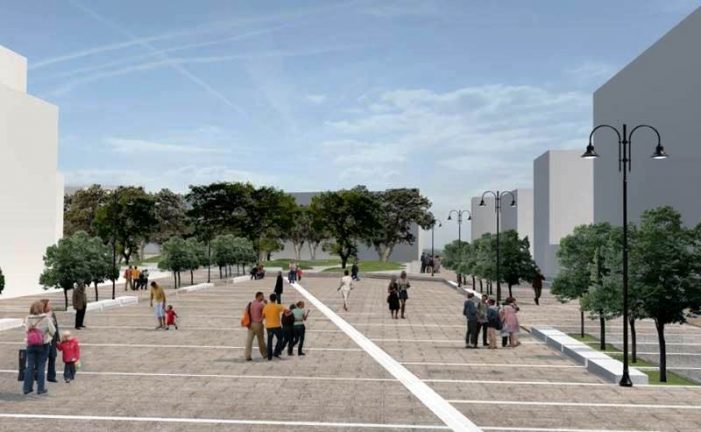 On Wednesday, the Municipal Council of Lezha approved a concession for the administration of a parking for cars and tourist buses on the Gjergj Skënderbeg Square.

The work was divided in several phases, starting in December 2013 and ending in August 2015. The total costs of the project were around €2.2 million.

The square had been planned as a pedestrian zone by an Italian company in collaboration with then mayor Viktor Tusha, and was executed by an Albanian contractor. The renovation work used for the first time since the construction of the sidewalks of the Boulevard of the Martyrs in Tirana high quality pavement stones, laid down by Albanian workers with ample experience in Italy.

Different from the other Urban Renaissance project across the country, the square has remained in a good state for already more than two years owing to the quality of the materials used, and the citizens of Lezha profit from a renovated public square for strolling, meeting, and socializing.

But since the square is adjacent to Skënderbeg’s grave, it is tempting to make a profit from it. And so the new Democratic mayor Fran Frroku found it a good idea to use the renovated monumental square as a parking for cars and buses of tourists visiting the grave. According to him, the visitors to the grave in the national Skënderbeg year need a proper parking spot next to the tourist attraction, which, above all, should be a paid parking spot.

And so, the majestic square planned and paved with stones that would tolerate an occasionally passing car will now certainly be destroyed by heavy tourist buses. And together with the pavement, also the Carrara marble benches and fences will be destroyed.

All of this is done with the justification to ease the approach of tourists, while it destroys all the businesses surrounding the square. Tourists will no longer first pass a shop before going to the grave. The concession holder is of course the only winner in this entire scheme.

But don’t worry. Once the square has been destroyed, the concession holder will most certainly by obliged to reconstruct it, and will replace the expensive cobble stones with a nice layer of asphalt.

This story shows how the project of the Urban Renaissance was thought and implemented without any grasp on Albanian reality, imagined only in the head of the boss, without any consideration of the true, much more modest and raw needs of his citizens, which are certainly much more interested in a parking managed by a friend than a public space built for social life.

Unknowingly, the Democratic mayor of Lezha has sealed the fate of the Urban Renaissance with yet another of Rama’s invention: the public–private partnership, the reward for human greed.