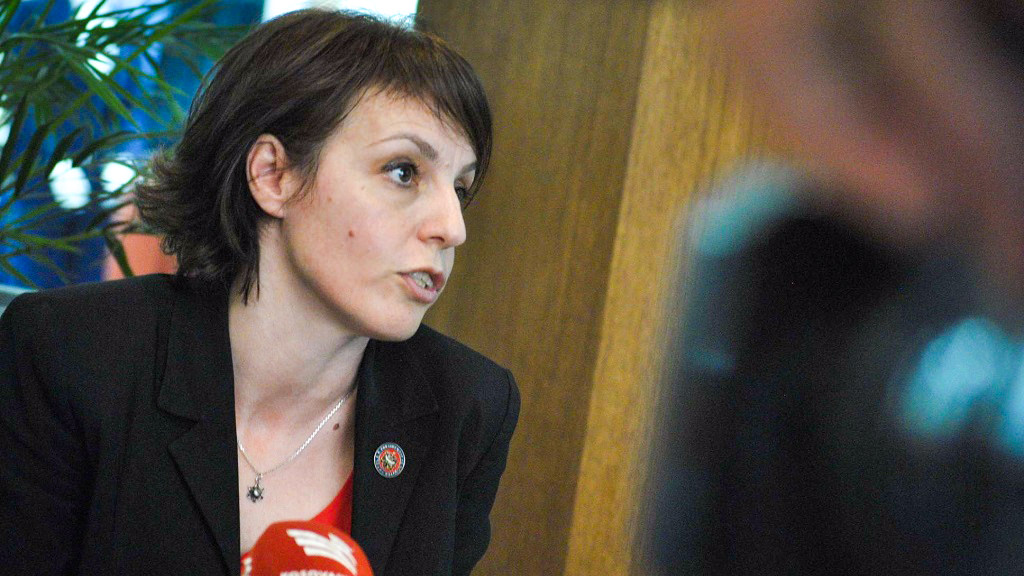 Kosovo Foreign Minister Donika Gërvalla said they have not received information of any countries withdrawing their recognition of Kosovo following claims of this nature by Serbia.

During a press conference held on Friday, May 13, Gërvalla denied having received information that confirms these claims.

“The fact that only a few hours after Kosovo’s application, [Serbia] says they have ensured [Kosovo’s] derecognition shows two things: Either the news is untrue or they have been working on it for a long time, as opposed to what they publicly stated,” Gërvalla said.

Earlier on Friday, Serbian Foreign Minister Nikola Selaković declared that four countries had revoked their decision to recognize Kosovo, but did not specify their names.

His declaration came one day after Kosovo filed its application for membership to the Council of Europe.

Serbia claims that Kosovo’s application violates an agreement it had signed in Washington, DC in September 2020.

The deal, which focused mainly on economic issues, was signed by Serbian President Alexander Vucic and former Prime Minister of Kosovo Avdullah Hoti under the auspices of President Donald Trump.

Most notably, the deal stipulated that Serbia cease its derecognition campaign against Kosovo for one year. Kosovo was also asked to stop applying for membership in international organizations during the same period.

In June 2021, a few months after the election of Albin Kurti as new Prime Minister of Kosovo, the country’s parliament failed to pass a resolution for the implementation of the Washington-backed deal.

Asked by the Voice of America in Serbian, the US Department of State refused to give its opinion on the matter.

“Kosovo and Serbia are sovereign states, which have the right to choose their own foreign policy priorities,” a State Department spokesman said in a written response to VOA.

“We continue to believe that the dialogue on the normalization of relations, mediated by the European Union, is key for both countries, in order to pave the way for a European future. We call for urgent, flexible and serious participation in this process,” the spokesman concluded.