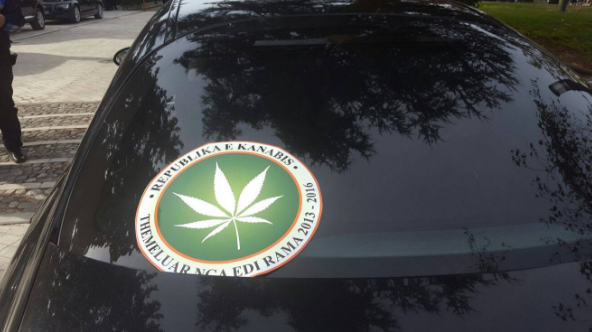 The youth movement of the Democratic Party is continuing its protests against the widespread cannabis cultivation and trafficking in Albania. During the parliamentary session today they placed large signs on the cars of Socialist Party ministers and deputies, saying “The Republic of Cannabis – Founded by Edi Rama 2013–2016.”

According to one of the protestors, the action was a response to the negative media Albania has been receiving about the marijuana production in the country, including the recent reportage by the BBC:

This government has brought shame on us because the entire world now identifies us as the capital of drugs.

Yesterday, the youths had protested in front of the Prime Ministry.